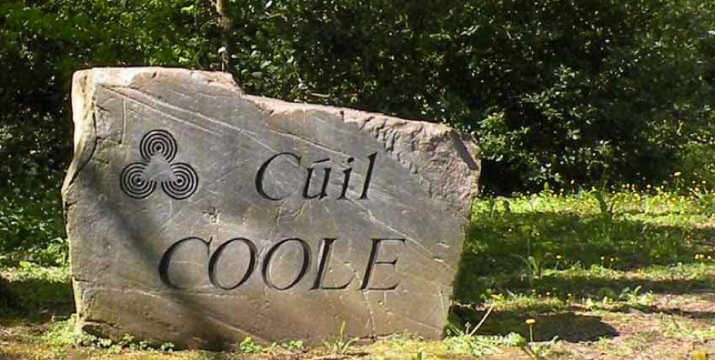 The focus of the day will be on how Continuous Cover Forestry can deliver benefits for nature conservation, biodiversity and landscape.

Coole Park is part of the Coole-Garryland Complex, which is designated as a nature reserve, a Special Area of Conservation, a Special Protection Area (for birds), an Important Bird Area, a wildfowl sanctuary and as a Wetland of International Importance under the Ramsar Convention.

Coole Park Nature Reserve Coole Park which, together with the adjoining Garryland, is a Nature Reserve of approximately 405 hectares (1000 acres) owned and managed by National Parks & Wildlife Service. The seven woods celebrated by W.B. Yeats are part of the 6 kilometres of nature trails taking in woods, river, turlough, bare limestone and Coole Lake. The “Seven Woods Trail” connects the different woods made famous in poetry by W.B. Yeats. A woodland management plan for Colle Park was developed under the Native Woodland Scheme and some of the interventions are currently under way. The ProSilva Ireland forest visit discussions for the day will cover:

Huw is a forest manager based in West Wales. He has direct experience in the management of woodlands for protected species such as pine marten, the transformation of upland plantations and has studied the application of CCF principles abroad. Huw taught for many years on the Native Woodland Training Scheme course run by the Forest Service, National Parks and Wildlife Service and Woodlands of Ireland. He has a background in harvesting and marketing and in forest certification. ALL ARE WELCOME. Foresters, ecologists, naturalists, farmers, small and large woodland owners, forestry students especially welcome. The field day is being kindly facilitated by the National Parks and Wildlife Service and we will also be joined by Huw Denman from Wales and by Faith Wilson (Woodland ecologist), ProSilva Ireland committee member.

Coole Park is located just off the N18, 3km north-west of the heritage town of Gort in Co. Galway.

Please bring a packed lunch, suitable walking shoes and rain gear. There is a suggested donation of €20  per person to cover the costs associated with running the day.

Further Information on the History of Coole Park

Coole Park was once the home of Lady Augusta Gregory, dramatist, folklorist and co-founder of the Abbey Theatre with Edward Martyn of Tullira Castle and Nobel prize-winning poet William Butler Yeats. Coole Park, in the early 20th century, was the centre of the Irish Literary Revival. Yeats, George Bernard Shaw, John Millington Synge and Sean O’ Casey all came to experience its magic. They and many others carved their initials on the Autograph Tree, an old beech still standing today.

A remarkable feature of the turloughs at Coole-Garryland is that they are closely associated with areas of woodland. Although substantial parts of the original deciduous forest have been converted to coniferous woodland composed of non-native species, stands of semi-natural deciduous woodland survive. Pedunculate Oak (Quercus robur) and Ash (Fraxinus excelsior) are the dominant species on deeper, more fertile soils, where there is also some Hazel (Corylus avellana), occasional Yew (Taxus baccata) and Elm (Ulmus spp.).

The woodlands are notable for the presence of rare species of Myxomycete fungi, namely, Licea idris, Licea marginata and Macbrideola decapillata, the first-named in one of only three known sites for the species. The complex of habitats at Coole-Garryland provides habitat for a variety of mammal species, including Otter and Pine Marten.

The Coole-Garryland complex is also home to one of the most important and unique assemblages of insects in the country, including several notable species of beetles and flies. Because of Yeats, the woods at Coole are known by name to people all over the world.

Yeats refers several times to the ‘Seven Woods of Coole’. The woods were greatly loved and cared for by the Gregorys, and every grove and plantation had its carefully chosen name. Most were named for some local topographical feature, but some were called after people, e.g. the Isabella Wood. The woods at Coole are not wildwood, areas of natural woodland that show little human interference. They are managed woods, parts of which have their origins in the natural woodland cover which can still be found in odd corners, especially on the far side of the lake. Their natural character has been overlain by forestry practice that extends back for upwards of 200 years.

The turlough system at Coole-Garryland is considered to be the most diverse in the country, for both its physiography and vegetation. It is unique in that it is so closely associated with woodland. The juxtaposition of these two distinct habitats, in addition to the presence of a variety of turloughs, has led to the development of uncommon communities, and rare species of insects and plants occur which are associated with both the turloughs and the turlough/woodland transition.

Overall, the range of good quality habitats at Coole-Garryland supports a high diversity of plant and animal species, rendering this site of prime importance for conservation.

Close-to-Nature forestry is good for forests, people and the planet.  I’m excited to be a part of a growing conversation for permanent forests in Ireland.