This year’s Pro Silva Europa held its annual meeting 2017 in Romania: 40 participants from all over Europe met in Sibiu and spent three fascinating days in the forests of Romania. After the president’s report and the official formalities the new board was elected for the next 3 years period: Eckart Senitza, president of Pro Silva Austria, was elected as new president of Pro Silva Europa. Phil Morgan from Wales was elected as vice president and will support und represent the western European countries. As a new member of the board Prof. Jurij Diaci from Slovenia will support the eastern European countries and will be the link to scientific activities. The approved board members Padraig O’Tuama from Ireland as Secretary and Anne Hürzeler‐De Turckheim from Swizerland will proceed the next period.

The AGM approved a new logo for Pro Silva and also approved new fee structure for member countries. The next executive board will focus on stronger integration of the members, engagement in European forest topics and in cross nation collaboration with projects. Valda Araminiene from Lithuania attended this year’s meeting as a guest with the view establishing a Pro Silva Organisation in Lithuania. Alex Held from the European Forest Institute in Bonn (Germany), participating in the Integrate+ project of EFI and the “Biowild” Project of ANW, was invited as a guest. The full board agreed that the Executive board willshould pursue contacts with Alex and EFI to l try to build a stronger networks for projects in areas of common interest and of mutual benefit. 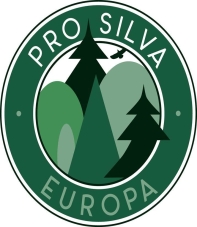 The group visited the state forests in Avrig, the research forest south of the Carpathians in Mihăești and the famous pristine forest near Șinca. They were impressed about some of the best examples of nature orientated forestry and pure nature forest, as a reference and laboratory for important scientific work.

They learned a lot about the demanding multipurpose goals that active forest management should deliver for Romanian economy and society. In that

They were impressed about some of the best examples of nature orientated forestry and pure nature forest, as a reference and laboratory for important scientific work. They learned a lot about the demanding multipurpose goals that active forest management should deliver for Romanian economy and society. In that case the Pro Silva approach offers good opportunities to implement integrated forest management that may full fill multiple goals and at the same time is able to switch between changing goals far more easily than static forest management regulations allow.

The best examples that were shown do not hide the problems of illegal cuttings – mostly in large clear cuts – and of bureaucratic forest organisation and management. The highly sophisticated control mechanisms are found not to be effective despite best efforts of dedicated people and organisations and corruption is still an issue.

Pro Silva Ireland extends congratulations to Padriag O’Tuama for his appointment to the board of ProSilva Europa.

END_OF_DOCUMENT_TOKEN_TO_BE_REPLACED

On the right site, established spruce plantations can present an opportunity to convert to CCF systems, transforming over time to become the diverse and resilient woodlands we need for the ongoing provision of timber and other ecosystem services.