We gathered at the Glengarriff Gatelodge where Declan O’Connell, the District Manager of the National Parks and Wildlife Service who had overall responsibility for this woodland, greeted us. Robert Tottenham introduced Declan and also introduced Tomas Harttung, President of Pro Silva Europe. Tomas spoke briefly about Pro Silva Europe, its primary aims, it’s regional discussion groups and that the same principles of CCF, or “Close to Nature Forestry” as they prefer to call it on mainland Europe, apply everywhere.

Declan explained that we were in a 400ha of mainly and in a glacially deepened valley at the head of the Iveragh peninsula. It was once part of the Bantry Estate and was taken over by the then Forestry Section of the Department of Lands in1955. It was then mainly broadleaf woodland and the main work carried out at the time was the removal of the oak woodland where possible to make way for planting of mainly Sitka spruce. The woodland has been designated a SAC, the designation being an “Old Oak Woodland”.

On route to the first stop Declan stopped at the bridge over the river and pointed out the fact the river contained the Freshwater Pearl Mussel (Margritifera margitifera). These long living mussels, (up to one hundred and thirty years), live in the upper reaches of freshwater streams in gravel beds and were once plentiful across Irelands rivers. Their habitat has been threatened by changing agricultural practices. They are quite vulnerable to the silting in streams that can happen in poorly managed harvesting and establishment sites in forestry. He also pointed out one of the “Lusitania” species that exist in this sheltered area of Bantry Bay, called St. Patrick’s Cabbage.

The first stop was to be ‘Lady Bantry’s Lookout’. This gave a panoramic view over Bantry Bay and Glengarriff harbour. On route to the viewing point, Declan pointed out the contrast between the area of Rhododendron on the right of the path to the viewing point and the successfully cleared areas on the left of the path. Over the last fifteen years there has been an ongoing and sustained programme of eradicating the large rhododendron problem in the area. It had persisted over the last hundred years in the area across the 300ha with a very dense 100% cover on much of the area. They have successfully reduced this problem to 40ha and hope over the next two to three years to have cleared the whole area. They first manually cut back the Rhododendron using chainsaws and immediately treated the stump with a 5:1 Round-Up mixture. The Rhododendron brash was taken of site where possible and burnt. There was regeneration of rhododendron along with native species such as Holly, and Birch. This was manually pulled after two years, but it has been found from their experience that the regeneration of Rhododendron diminishes from then on if one is disciplined in the approach of trawling though the cleared areas for the next few years. The costs of the operation were discussed and Declan mentioned that the operation was now out to tender and the cost prices were coming in at approximately €3000/ha.

Declan pointed out another “Lusitania” species the Strawberry tree (Arbutus unedo) on the edge of the woodland. This rare tree species is only found in Kilarney, West Cork and in Sligo, though the fact of it being native to Sligo caused discussion and amusement to the group. There was also some discussion on the principle of leaving a few non-native species, such as Sitka and Beech that were regenerating naturally on the site. The consensus was that they were site-adapted species and should be allowed to cohabit alongside the native species as long as they remained in the minority and did not threaten to dominate. There was also discussion on the fact that a deer problem did not exist in this area and how it contrasted with the problems that existed in Killarney. There were some wild Goats that came down from the mountains in the wintertime but did not appear to be a cause for concern at this time. The group felt that the populations should be monitored as Goats can cause severe damage to young saplings and trees.

We proceed to the next site. This area was the first to be cleared in this programme of Rhododendron clearance in the forest fifteen years ago. The main feature of interest here was the profusion of naturally regenerated oak from a recent mast year. Rowan, Ash, Holly, Birch and some Sitka were also regenerating. There was hardly any evidence of regeneration of the Rhododendron. Declan said that this was mainly due to a trawl of the area every number of years and plucking and removing any regenerating Rhododendron seedlings. The oak regeneration was quite plentiful and evenly spaced throughout the area walked and the seedlings ranged from this years seedlings to four or five year old that was up to 20cm in height.

Discussion ranged as to what to do next:

The consensus was that one should be clear on their objective for the site. This is a heritage site and the objective was to be true native woodland – then the Sitka should be removed. If not a true native woodland then they should remain, as they would add to the diversity and structure in the woodland. Tomas Harttung considered that one should exercise patience in opening up the Oak. His opinion would be to select 50 “Z” trees (target trees) and to crown thin very lightly perhaps every ten years to move increment onto these trees. The strongest and most dominant of the regenerating seedlings will come through. There was also discussion on deadwood and what percentage of trees/area should contain deadwood. We then broke for lunch.

The first stop after lunch involved a short drive to another Oak wood. We stopped in a much more sheltered area the trees, probably the same age as the previous stops, were much larger. This area had been cleared of Rhododendron eight years previously and the main factor of the stop was the profuse regeneration of Holly in the understory. These were three to four metres high with a density of easily greater than ten thousand stems per hectare of holly. Discussion centred on what to do here. Some considered that it should be managed as a timber crop of holly. There were dominant trees with straight, strong leader growth evenly spaced around the area where we stood. Some initial tending to reduce the stocking would be required at five metres height was suggested and thin accordingly afterwards. Others suggested the holly was a problem in that the primary objective of the site should be the regeneration of the Oak. In a mast year areas should be cleared of the holly to allow for the Oak to seed and come through. One of the other striking features of the site was the amount of epiphytes on the Oak trees in the site. This is indicative of the Oaks in Glengarriff and is again due to the very mild micro-climate that exists in this area.

The next site was an area replanted in 1999 with Oak after clearfell of Sitka Spruce. The Oak was collected locally and grown in trays before planting. There was a lot of natural regeneration of Birch and Alder. There was some discussion on the quality of the Oak and the amount of forking in most plants. Was this from Mildew or from the 2m x2m spacing? Again the objective of growing large straight boles was not primary for Duchas in this site but should it not be so for most other sites. Should shaping of the Oak be considered for a site such as this? In a number of years there would be plenty of competition from surrounding Birch and Alder to maintain form .

Declan also showed the group the “Hibernaculum” they had created. These are roosting areas for the Lesser Horseshoe Bat (Rhinolophus hipposideros), that are native to Ireland and are quite abundant in this area. He told us of the history of the Bat in this area and management plans they have in place to maintain and enhance their populations in the vicinity.

The final quick stop of the day was to a site of dense natural regeneration of Birch, Alder and Salix. This was on Coillte property and was proposed as a Native Woodland Site before funding was severely cut back late last year. The prescription mainly involved removal of the occasional natural regenerated Sitka Spruce and Rhododendron. Discussion then centred on the pros and cons of the NWS scheme with everybody generally in favour. There was disappointment at the stop-start nature of these schemes and a wish that funding would be forthcoming again when the next book of estimates was produced.

When finished at this site Robert thanked Tomas Harttung for taking time to come to the field day and for his valued contributions. He thanked Declan O’Connell for a very interesting tour of Glengarriff Woods. Declan then led the group on an hour long trek for those willing to go to take in some viewing points in this beautiful area.

This site uses Akismet to reduce spam. Learn how your comment data is processed.

Our 2 acres of woodland is more diverse and thriving; and is providing 70 tonnes of firewood every three years! Continuous cover forestry is the way forward for so many reasons. 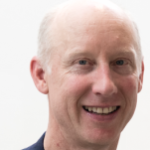